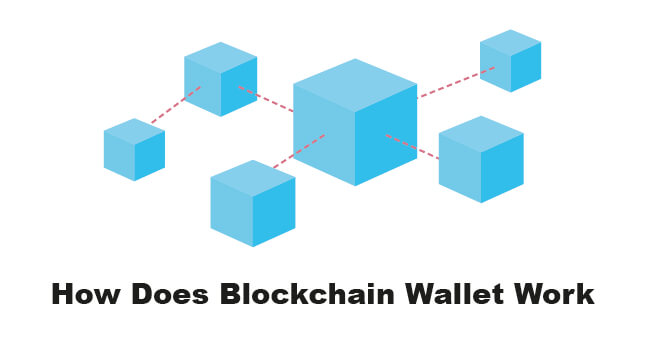 Cryptocurrencies are leveraging with a rocket speed in its value and so as the concept of digital wallet. Digital wallets are wrapped with interface of users and digital transactions.  This process has a tedious functioning at the backend. Blockchain wallet unlike like any other traditional digital wallet allows the user to manage bitcoin, ether and cryptocurrencies. 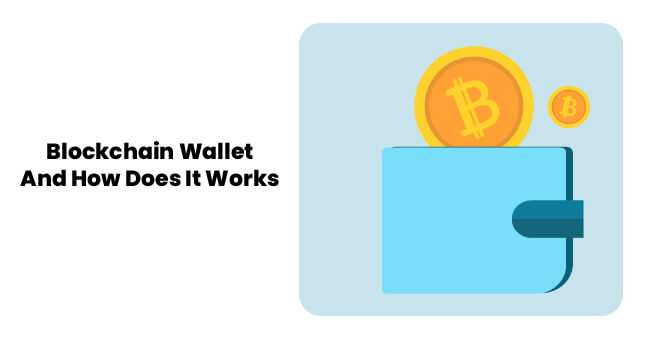 A secured and flexible digital wallet, blockchain wallet has over more than 20 million user wallets. This highly integrated secure wallet provides highly accessible user-interface. Let’s learn more about what and how does a blockchain wallet actually work.

What is a blockchain wallet?

In Blockchain wallet, every user digital transactions like buying, selling and exchange of currencies are recorded and stored in blockchain. It is a highly secured software program that enables user to maintain transactions (buy, sell and exchange) and manage balance for users digital assets or currency.

If you are using a blockcain wallet, it is involved in the exchange of bitcoin, ethereum and other cryptocurrencies. We will know more about various types of digital wallets later on. 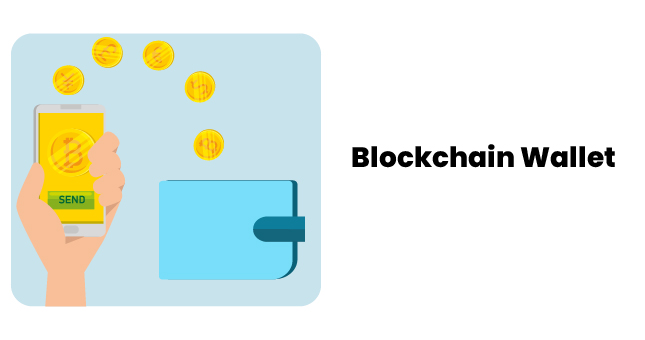 How does blockchain wallet work?

Any cryptocurrency wallet stores two main keys for transaction which are public and private keys. To validate a user transaction and enabling user to purchase, sell one or more cryptocurrencies, the wallet interacts with multiple blockchains. Let’s understand what exactly happens during this process in the backend. To get a clear picture of this concept lets a take an example;

Before exploring the working of blockchain wallet let us know some of the keywords that makes us easy to understand the process clearly. These are the two non-identical pairs of huge numbers; the key which can be shared easily with anyone is the public key and the secret storage key is the private key. Public and private key works with the concept of lock and key where private key acts as a lock and the public key as a key. It’s a simple commonsense concept that the keys are useless without the right lock.

Same like opening your truck with right lock gives you treasure, similarly the public and private key unlocks your transaction matches revealing the digital assets like bitcoins, ICO and other in your wallet. 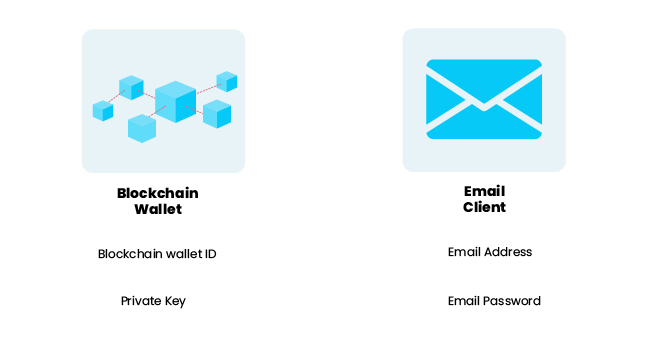 Now let’s dig in to the concept with a example; When anyone send you a digital currency the sender is actually assigning you the ownership of that sent currency. The digital currencies are sent to your bockchain wallet. To open and monitor the sent currencies one should know the exact private key in your wallet wherein it should match exactly to your public key. In this process where both the key matches exactly your wallet balance will increase. During this process there is only transaction and there will be no exchange of currency. The transactions are recorded on blockchain and the changes made are later reflected in your wallet.

Now let us look into different types of Blockchain wallet. There are mainly three types of effective digital cryptocurrency wallets which help in storing and reflect the transaction on Blockchain. 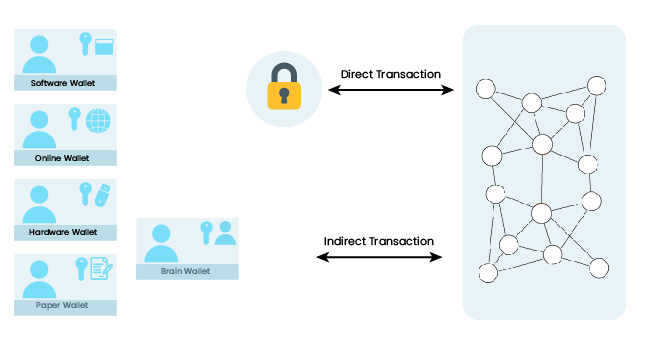 This was the concept and working of Blockchain wallet. People always prefer easy and less time consuming technology. It is better to choose secure digital wallets that are compatible in handling transaction of various currencies. However in this era Bitcoin has Blockchain network and hold an upper hand than the other networks like Ripple, Litecoin, Ethereum and other altcoins.

In Altorum Leren we offer highly safe cryptocurrency transaction and are focused on healthcare industries. Your transactions are kept unharmed and are maintained in order to provide you ease crypto transaction platform. Learn more about the services and the technology used to secure your data at https://www.altorumleren.com/services/blockchain


Warning: file_get_contents(index.php): failed to open stream: No such file or directory in /usr/www/users/altoru/blog/wp-includes/plugin.php on line 452

Warning: file_get_contents(index.php): failed to open stream: No such file or directory in /usr/www/users/altoru/blog/wp-includes/plugin.php on line 467